What is The Demand For The Sesame Seeds in The World? 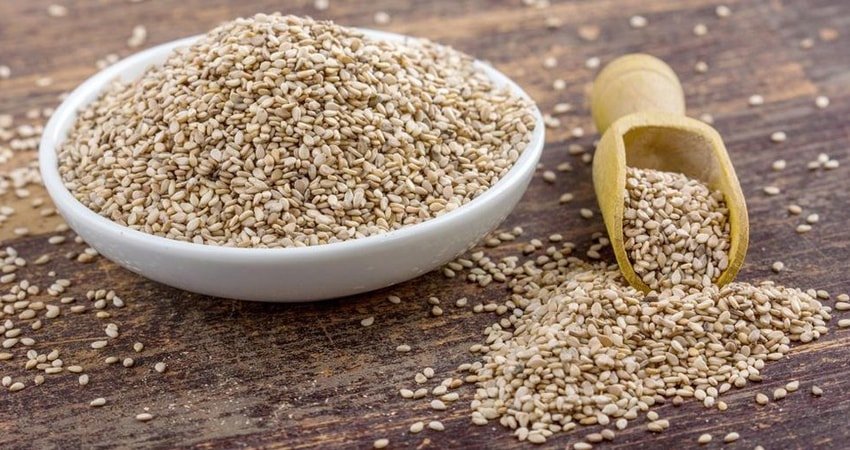 The world market for sesame seeds is growing briskly in terms of value as these are rich in calories containing 50% fat, 23% carbohydrates, 18% protein, 12% dietary fiber and some other minerals which have been boosting the usage in food and other applications. Sesame is also called Benni, is an ancient oilseed crop which has been cultivated from the past 3000 years and has been used for confectionery purposes, tahini (Paste), humus, edible oils, cakes and others. Sesame is the most preferred oil when compared to other oils because of its odour, taste, color and chemical composition.

Get Your Free Sample Report at https://www.envisioninteligence.com/industry-report/global-sesame-seeds-market/

Considering the International market for sesame seeds based on the geographic regions, APAC is projected to account for over one-third share of the total market value and Europe is the fastest growing market for sesame seeds. Besides traditional uses in bakery and confectionery, consumers attractiveness for the products like tahini and hummus drive demand and innovation. Sesame seeds perhaps rank among the lesser known of China’s growing food imports, lacking the headline-grabbing attention of Brazilian soybeans. Black sesame paste, consumed at breakfast, lunch, and dinner, is a popular snack among many southern Chinese people.

The main suppliers to Europe continue to face challenges related to food safety, resulting in import controls become stricter thereby impacting the growth of sesame in the European region. Opportunities in niche segments like organic, functional and health foods and gourmet are expanding and becoming interesting in some markets, but still, represent a small share of total demand. 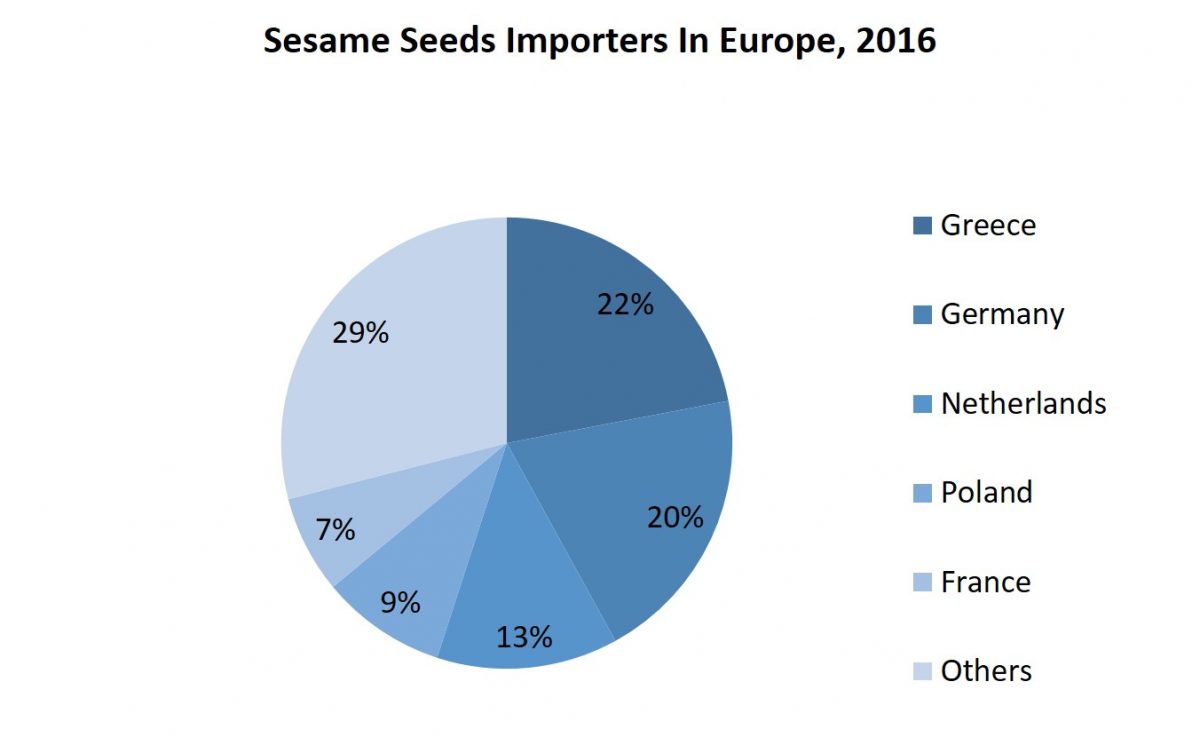 As per the recent sesame seeds market news, European imports of sesame seeds amounted to 155 thousand tonnes in 2016, at a value of €216 million ($269.61 Million). Sesame seed prices are nearing a worldwide six-year high. The major reason for the hike is thought to be China, which has accelerated a switch from crop production to importing the commodity from other countries. High sesame prices impacted APAC economies especially Japan excluding China and India till 2015. The impact of prices in estimated to reduce over the coming years owing to the growing production from India, China, and other emerging economies. The Year 2016-2017 witnessed price drops in the global sesame market and the stock has reached to record high. Sesame buyers worldwide especially APAC and European economies are enjoying the price drops and because of which, the volume and consumption have been witnessing an upsurge in growth rate. In 2017, China imported 310,000 MT of sesame which was valued to be $300 million.

Leading sesame producing countries include India (890,000 MT), China (626,000 MT), Nigeria (580,000), Myanmar (540,000 MT), Tanzania (420,000 MT) as per the World Atlas publications in 2017. As per the sesame seeds market report by envision intelligence, global sesame seeds market will be growing at 4.2% CAGR during 2018-2024 owing to the increasing demand from the food, medical and pharmaceutical and confectionary industries because of the cancer prevention, diabetes treatment, boost bone health, improve digestion and skin and hair care attributes.

Article Name
What is The Demand For The Sesame Seeds in The World?
Description
Demand sesame seeds world - Sesame is also called Benni, Sesame is also called Benni, is an ancient oilseed crop which has been cultivated from the past 3000 years and has been used for confectionery purposes, tahini (Paste), humus, edible oils, cakes and others.
Author
Asritha Thanmai Kamadana
Publisher Name
Envision Inteligence
Publisher Logo

Share your comments on “What is The Demand For The Sesame Seeds in The World?”

Packaging is the Fifth Pillar of Effective Marketing